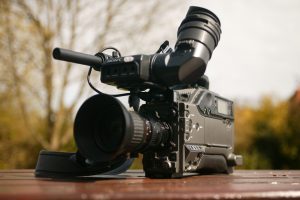 One of the biggest innovations for the 2019 HFL Season is HFL TV.  Each week, every HFL Division 1 A-Grade game will be available to watch.

In addition, the selected Match Of The Week will be live streamed to selected venues across the Hills … complete with the Call Of The Wild commentary!

We’re still working out the finer details on when and where live HFL will be available for your viewing pleasure.  When we’ve got those, we’ll let you know.  In the meantime, bookmark the HFL TV link for your weekly dose of HFL Div 1 action! 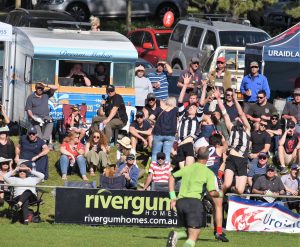 It’s a new year and new season for HILLSFOOTY.COM!  We’ve been doing some work during the off-season to make our coverage of the HFL 2019 Season bigger and better!

For starters, HILLSFOOTY welcomes Shane “Collo” Collins as a full-timer on the Call Of The Wild team!  Along with Pistols and Goldie, Collo will be a regular fixture during our live broadcasts.

For all you Rob fans out there, he’s back with special comments, joined by another new member of the HILLSFOOTY.COM team, Michael “Bawds” Bawden.

As for how we’ll get this coverage to you … there’s big news on that front as well.  It’s big enough to call for its own post …