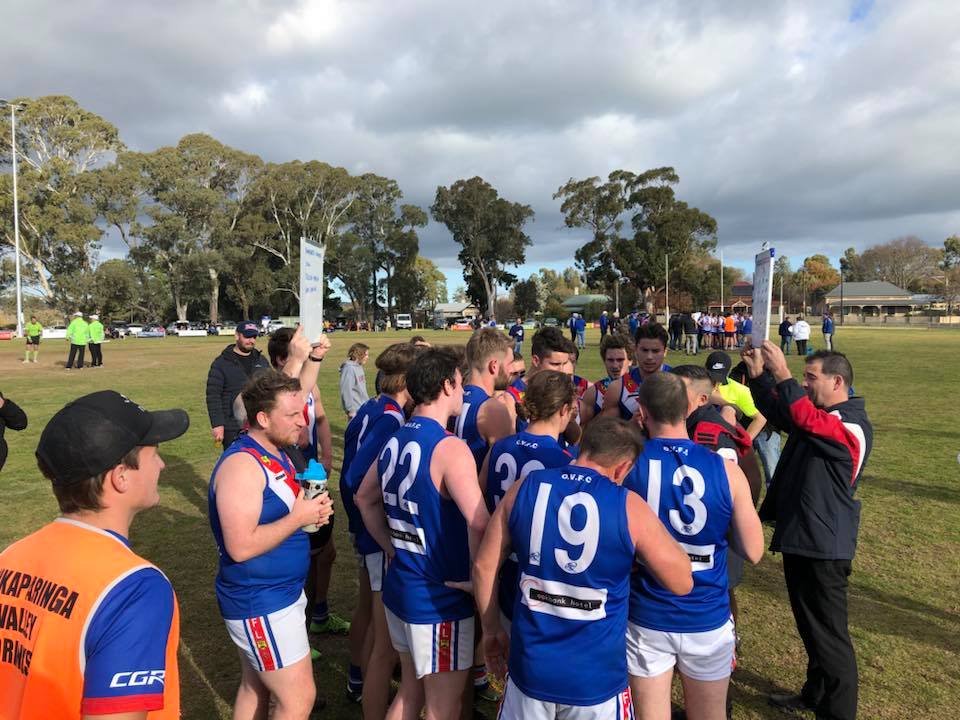 It was a sunny yet windy day at Mount Barker, as the Roos took on the Bulldogs at Able Storage Oval. Onkas has been hit with a lot of injury this year. However, their depleted side showed valiant form against Div 1 pace setters, Mount Barker. The Call Of The Wild team also welcomed Onkas’ very own Shane Collins as first time guest commentator. We hope it won’t be his last call with us, as he was very impressive.

We mentioned it was windy, so the audio quality suffered a little bit at the beginning. The wind eventually died down, but the first few minutes of the pre-match may be difficult for some listeners to hear. HFL Media and Lofty apologises for any inconvenience caused and we thank you for listening. Thanks also to the Onkaparinga Valley Football Club for the photo of Onkas’ A Grade side during the quarter time huddle.