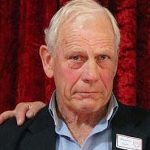 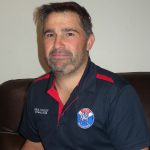 Pistols recently caught up with legendary Onkas identity, Paul “Dingo” Tanner. Since joining the Bulldogs’ Under 10 side in 1988, Dingo has been a part of the furniture at Balhannah. Hear Dingo’s thoughts about Onkas’ past, present and future, particularly in the context of an especially challenging year for Onkas, with the A Grade side being dogged by injury. It’s a long form interview (around 30 minutes), but worth a listen.

In the lead up to the Nairne Bremer Rams’ 40th Anniversary celebrations, Pistols caught up with Rams Life Member and all round legend, Mike Pfeiffer. Mike talks about his time with the club, and gives his observations on how the club has evolved during this time in Nairne. Well worth a listen.

Pistols caught up with the heads of two of the three leagues playing in the 2018 Interleague game at LeMessurier Oval, Murray Bridge on Saturday 9 June 2018. Malcolm Williams from the HFL and Terry Connolly from the RMFL talk about the challenges and opportunities that strong Interleague competitions bring to country footy. To hear the interview, listen here.

With an impressive football resume, including two Mail Medals, two SANFL premiership appearances and several state representative appearances, Matthew Cooper is one of the most accomplished HFL players of recent times. He’s also a great, down-to-earth bloke that loves a chat. Pistols caught up with Matthew in the leadup to the AFL Indigenous Round for Reconciliation Week, and ended up having a chinwag for over half an hour … although it only feels like about five minutes. Listen here, right now.